Work in this environment? 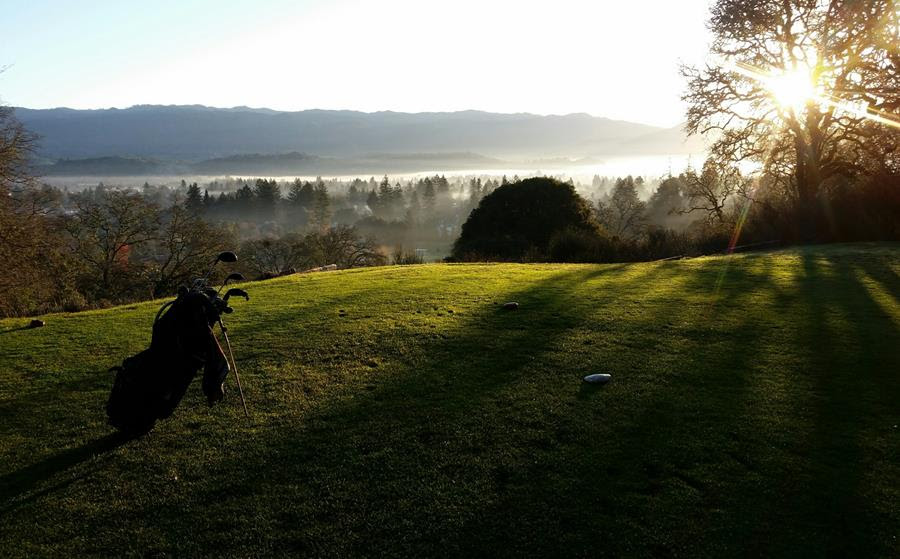 We are looking for some help.

We are looking for talented and motivated individuals who can grow with us and can deliver best-in-class customer service. If you are a high-performing, outgoing, service-oriented individual looking for an opportunity this is for you. This is an opportunity for those who thrive in a fast-paced, energizing, and enjoyable environment.

If this sounds like something you are interested in, please send resume to ukiahgolf@gmail.com or come to the pro shop and fill out an application.

Can You Have Fun While Exercising?

Well here is the formula we came up with.

If the afternoons are when you like to play, we have the perfect membership for you.

Is this the year to play more golf?

The best way to play after work.

Let’s talk about the health benefits of playing golf.

When we asked adults who play sports which one they play the most, golf topped the list. That’s right. We find that a day on the links beat out soccer, softball and tennis.

Your first reaction was: Whaaat? Golf is played by people riding around in motorized carts; how much exercise could you possibly get?

Most underestimate the health part of the game.

The World Golf Foundation estimates that golfers who walk an 18-hole course clock about 5 miles and burn up to 2,000 calories.

Here’s the rub for most: About two-thirds of golf in the U.S. is played in motorized carts.How can that be healthy?

Even golfers using a motorized cart can burn about 1,300 calories and walk 2 miles when playing 18 holes.

Carts can help older people and others unable to walk long distances keep playing the game.

“I started playing when I was 9 years old,” said a local golfer. And over his lifetime, he says, he’s played a lot of sports. But after two hip replacement surgeries and operations on his knees, “it’s one of the few things I can still do.” His love for the game, is that “it’s the one sport you can plan to play the rest of your life.”

There’s also a mental boost for lots of players. There’s rarely a bad day on the golf course,You’re breathing good air and looking around at the nice scenery.

And this stress-relieving benefit, people tell us, is one of their top motivations for staying in the game. Everyone should give it a try.

The Sunset Membership is a great way to stay fit and play better golf.

Come out and enjoy your community’s golf course.

Jr. Clinics ages 6-11 start Tuesday July 19th @ 3-4:00pm.  Clinics will continue every Tuesday for this age group for the next 5 weeks.  Last clinic for this series is Tuesday, August 16.

Jr. Clinics ages 12-17 start Friday July 22nd @ 3-4:00pm.  Clinics will continue every Tuesday for this age group for the next 5 weeks.  Last clinic for this series is Thursday, August 19.

John Daly got off to a hot start in Sunday’s final round of the Insperity Championship, his first start on the 50-plus PGA Tour Champions. However, the 50-year-old two-time major winner couldn’t sustain the momentum to make a charge, and he finished tied for 17th in his tour debut.

Daly, who shot 1-under 71 on Sunday, closed the 54-hole event at The Woodlands C.C. near Houston at 2 under par, 10 shots behind winner Jesper Parnevik.

Coming into the week, Daly said he was keeping expectations low mainly because he simply hadn’t played much. He came out of this week encouraged by how he played.

“It was a solid week and I played better than I thought I would,” Daly said. “I hit a lot of fairways this week.The irons weren’t all that great.I was really close to being good. But for not playing, I’m pretty pleased. I’ll just go home this week and work on the things I need to work on.”

Daly intends to play what amounts to a full schedule on PGA Tour Champions, so there will be plenty more opportunities for him to break through. Meanwhile, the Swede Parnevik ended a more than 15-year winless skid with his win in Texas. Parnevik, who quit his popular Swedish reality TV show to focus on golf, won for the first time since taking the 2001 Honda Classic. This was Parnevik’s 23rd start on the 50-plus tour, but it was his 277th start since that ’01 win.

“It feels fantastic, actually,” Parnevik said. “I’m still in shock, because when it’s been this long, you don’t even remember how it is.”

Injuries have prevented Parnevik from being able to play much in the last decade of his life. However, the time away from week-to-week tour golf and the easy-going nature of PGA Tour Champions had him excited to play — and contend — again.

“That was a blessing in disguise in a sense,” Parnevik said of his injuries. “I don’t know if I would have been as keen or eager to play right now if I would have played those eight years full-time. … I was really looking forward to playing on this tour because I’ve had so many injuries and I haven’t played much. My form wasn’t that great, but I was still looking forward to coming out here and compete, and I think that’s the key that kept me practicing so much.”

This is the second of three shortgame lessons.  Starts at 10am. Focusing on putting and scoring!